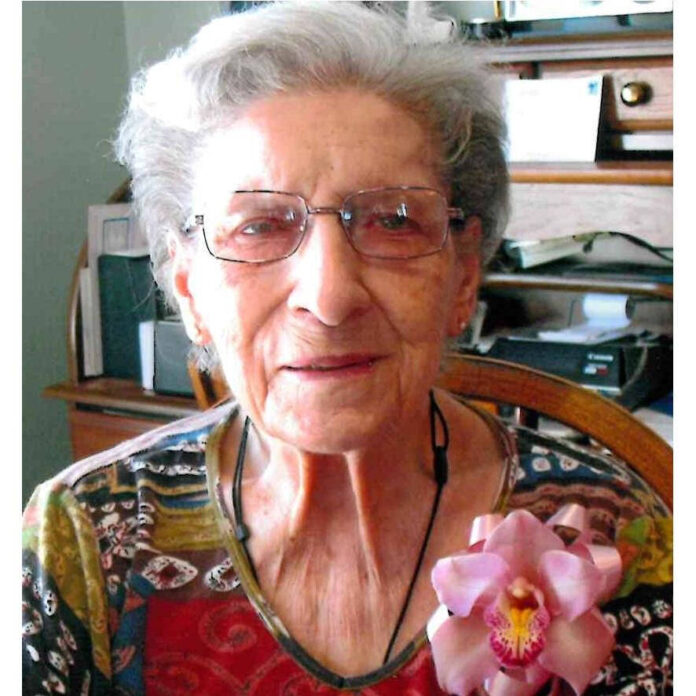 She was born on November 23, 1926 in Martinsville, Indiana to Ernest L. Teeters and Fairy Could (Coleman) Teeters. She married George Shaffer Wilkerson on November 14, 1942. Betty misplaced the love of her life, George, after fifty-eight great years of marriage on June 9, 2001. She is survived by one son, Lennis “Lenny” (Jane) Wilkerson; daughter-in-law, Elaine Wilkerson; one granddaughter, Stephanie Jean Cavosie; one great-granddaughter, Riley (Chris) Hawkins; two great-great-granddaughters, Olivia and Emi Hawkins; and sister, Donna (Tom) Maddox. She was preceded in passing by her mother and father; sister, Kathleen Teeters; and son, Larry Wilkerson on July 7, 2019.

Betty attended faculty in Indianapolis, and later in Trafalgar, Indiana.

In her early years, Betty labored for the phone firm and the A &P Grocery Retailer in Franklin whereas George was serving his nation throughout World Warfare II. Throughout the Korean Warfare, Betty labored at Camp Atterbury in Johnson County and later labored for L.S. Ayres &Firm Division in Accounts Receivable. She retired from Dow Chemical after twenty-five years of devoted service.

Betty and George loved touring out west to California to go to her Aunt Harriett and Uncle Ernest Boeckx, and would cease alongside the best way to see many sights.

She loved crocheting and stitching garments for her granddaughters, made many dolls, and loved knitting sixteen Christmas stockings and quilting many child quilts. She beloved baking a wide range of Christmas cookies, and he or she made the perfect pies.

A non-public household graveside might be held at First Mt. Nice Cemetery. Flinn and Maguire Funeral Residence, 2898 North Morton Road (U.S. 31 North), in Franklin is aiding the household with preparations.

In lieu of flowers, memorial contributions could also be made in honor of her beloved canine, Phoebe, to the Humane Society of Johnson County, 3827 Graham Street, Franklin, Indiana 46131.

Expressions of caring and kindness could also be acquired to the household at www.flinnmaguire.web