CHELSEA’S new signing Marc Cucurella arrives at Stamford Bridge with a glowing reputation – but that’s not all.

In Claudia Rodriguez, Chelsea new boy Cucurella brings with him a Wag worthy of the Club World Cup winners.

The Spanish defender, 24, has moved from Brighton to the Blues for a deal worth £62million.

Claudia and their two sons, Mateo and Rio will be joining him in West London – and surely will be cheering him on from the stands at Stamford Bridge.

The stunning brunette works in communications, according to her Instagram.

While she is also a budding fashion designer. Here’s the latest Wag who will enjoy the delights of the King’s Road and Sloane Square. 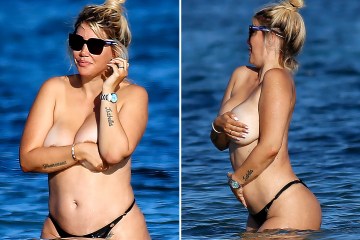 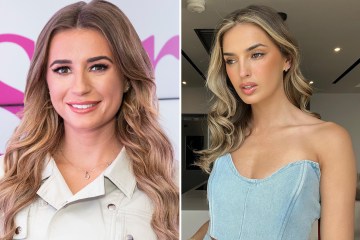 Cucurella and Claudia’s love story began in Barcelona, when the left-back played for the Catalans.

They met in 2018, although details of how are unknown.

Their romance blossomed and she soon followed him to Madrid where he starred for Getafe a year later.

Around that time, the pair welcomed their first child – a boy they called Mateo.

Two years later Rio arrived on the scene. At the last game of the season at the Amex, Cucurella brought his kids onto the pitch in his arms.

And he was joined by elegant Claudia, as the happy family posed for snaps on the pitch.

The pair are yet to marry, but are still loved up after four years together, as her Instagram snaps show.

She regularly shares cute snaps online to her 16,000 plus followers.

But, she very much is her own woman.

Cucurella has signed for Chelsea on a six-year contract and will be earning more than the £50,000-per-week he was said to be earning with the Seagulls.

Now he is in the big league, Claudia could be content with being a housewife.

But she has her own bold ambitions.

Currently, she said she works in communications, according to her social media.

And she wants to follow her heart with her own passion project.

Claudia is an aspiring fashion designer and wants to launch her own brand.

As a footballer’s Wag, she could certainly dress plenty of her beau’s team-mates.

And just maybe the fashion boutiques of the King’s Road will be showing off Claudia’s range in years to come.